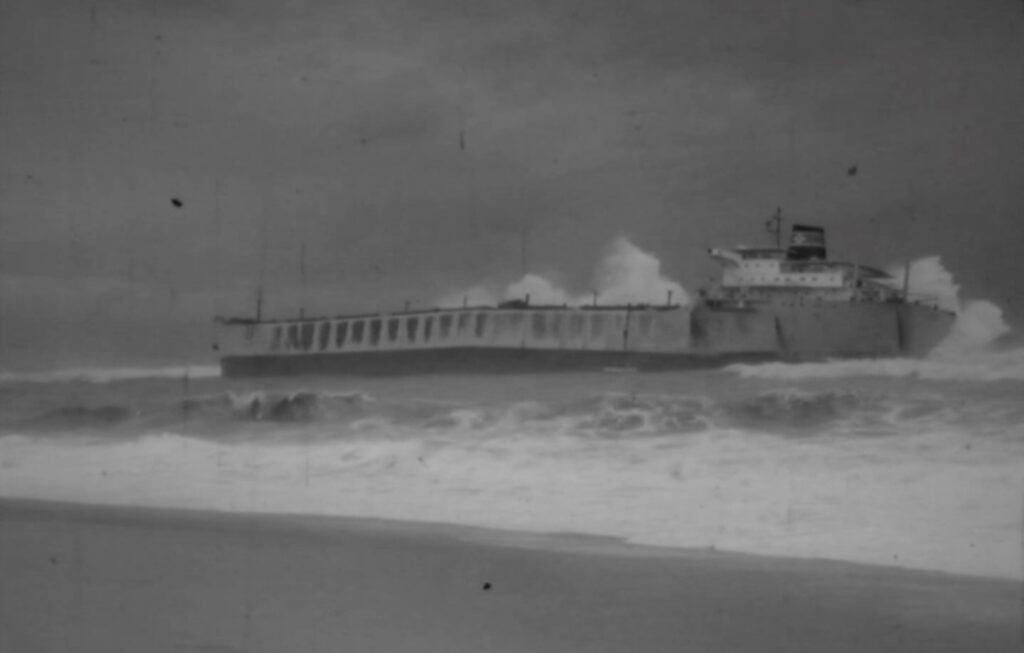 During the storms of May 1974, the Sygna was blown a shore on Stockton Beach, and NBN News reported the dramatic events.

Even though they faced cyclonic conditions, the crew were rescued by the RAAF and the bulk carrier eventually broke in two..

The bow section was towed to Port Stephens, a temporary spectacle for locals sightseers, while the stern remained on the beach where it became a rusting icon..

Many years later, a similar incident occurred on Nobbys Beach.