The cast starring in Channel 9’s The Block: Tree Change has been revealed, with five brand new couples each taking on the biggest challenge any Blockhead has ever seen.

Premiering on Sunday, August 7, at 7 O’Block, the world’s biggest reality-renovation program will for the first time swap the city for the countryside by heading to Gisborne South in Victoria’s magnificent Macedon Ranges.

Handpicked from across the country, The Block: Tree Change has a stellar lineup of fresh-faced couples, most of whom are incredibly eager to tackle this year’s challenge.

But the mammoth construction effort ahead proves too much for one couple, who drop their tools and walk out just three days into filming, rocking The Block to its foundations.

The five city-slicker teams must each build a 500-square metre homestead and complete some 700 square metres of landscaping – adding tennis courts, pools and even a winery, on 10 acres of prime Aussie heartland per couple.

And in his 16th series of hosting The Block, Scott Cam will for the first time be building his own house, and be joined by a new cast member: Frankie, his loveable tan kelpie.

“The original homestead is falling down, but we’ll work hard to bring it back to its former glory,” he said.

“This whole experience has been incredible, the results are amazing, and I can’t wait for everyone to see it.”

Scott will once again be joined by his series co-host, Shelley Craft, judges Shaynna Blaze, Neale Whitaker and Darren Palmer, as well as The Block’s formidable foremen duo – Keith Schleiger and Dan Reilly.

The houses in Tree Change will all have sustainability and resilience in mind, each having a seven-star energy rating, a solar farm, geothermal heating, and a wastewater recycling system.

The Block is Australia’s most successful renovation-reality program, this year marking 18 seasons on-air after rating in the top three most-watched reality shows on Australian television in 2021. 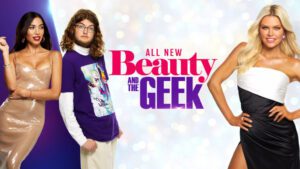 Aaron and Karly win Beauty and the Geek 2022

Australia’s most adorable Geek, train driver Aaron, and his beautiful, big-hearted Beauty, Karly, were announced the winners of Beauty and the Geek, taking home $100,000 between Find out when The Hundred returns Tuesday, August 9 on Channel 9 and 9Now Australia is a land that’s always changing and so are we 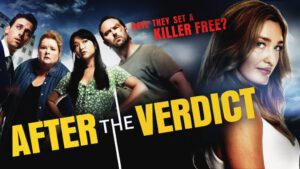 After The Verdict, the real drama begins

Wednesday, August 10, at 8:45pm on Channel 9 and 9Now Four jurors from a murder trial begin to wonder if they made a terrible mistake.